TOGETHER FOR FORESTS MURAL

With WWF
In production up to March 13th
In Brussels, Belgium TOGETHER FOR FORESTS MURAL

Supporting a law that keeps deforestation off our plates with WWF

We are joining forces with WWF by creating in the heart of the EU Quarter in Brussels, an immersive 3D 82-foot high mural, with artist Carlos Alberto GH, to raise awareness on the impact of EU consumption on forests and nature around the world.

The “Together for Forests” mural is a tribute to the hopes of hundreds of thousands of citizens who demanded an ambitious EU deforestation law, through the #Together4Forests campaign led by WWF. This law is currently being discussed at the European Parliament.

The mural was made possible thanks to the support of the Commune of Etterbeek, Brussels-Capital Region and École EOS.

Together for Forests Mural Behind The Wall AR l Brussels

To hear the artist speak about his creative process or simply read the story behind each mural above.

The app also helps you locate the murals closest to you and make creative selfies to share with us and the artist.

Don’t forget to tag us @streetartmankind! We create large murals and spectacular exhibitions to bond communities around human rights and help eradicate child trafficking. And, we depend on your donations to continue our work.

Make a 100% tax-deductible donation today to our 501(c)(3) organization to help us create a child-friendly world.

Donation has been made successfully. 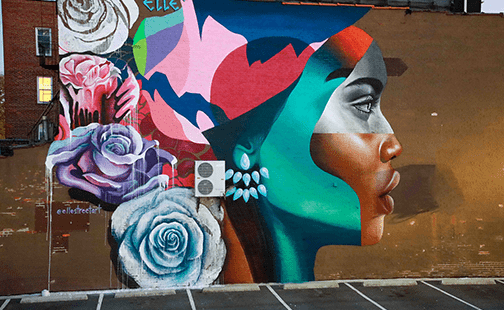 Buy incredible signed prints and canvases, made by prominent international artists for Street Art for Mankind, to own a beautiful artwork and support the fight for a child-friendly world.

The free app “Behind the wall” transforms your cell phone into a street art Audio-Guide, an AR “cool picks” maker and a platform to take action. Available for Androids and iPhones.

Child Labour is a reality for one child out of 10 on the planet and many of the products we buy are likely to be made by one of them. Ask for accountability, spread the word, have your Say!

Discover the #NRNY Murals and feel inspired! Created like an “outdoor museum”, this walk takes you through different styles and themes engaging you to reflect on our communities.

Check the #FreeChildren Campaign to learn about child trafficking and take action. In partnership with key street artists and influencers like Mira Sorvino, Nicholas Kristoff and many more!

Any cookies that may not be particularly necessary for the website to function and is used specifically to collect user personal data via analytics, ads, other embedded contents are termed as non-necessary cookies. It is mandatory to procure user consent prior to running these cookies on your website.